You Are Here: Home / Eclipse / Turning Torso and Lunar Eclipse 2019 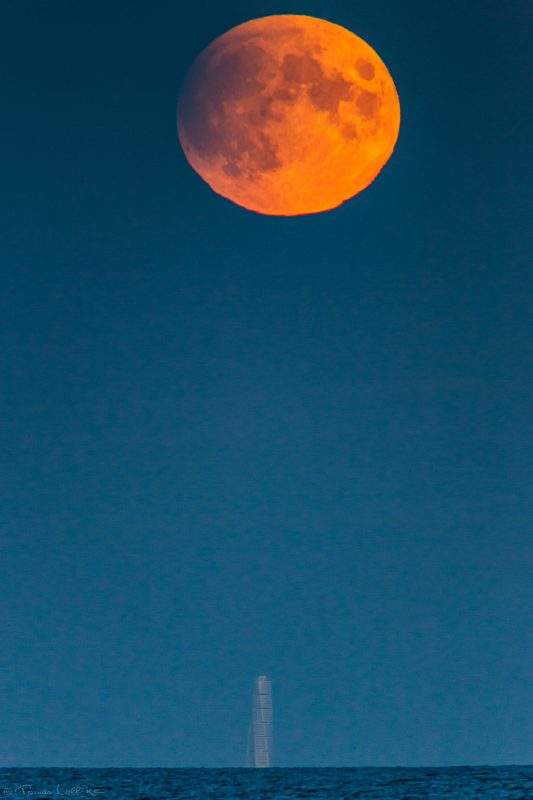 Beginning of the July 2019 Lunar Eclipse seen from my hometown of Vedbæk in Denmark.

The skyscraper below the Moon is the Turning Torso in Malmo in Sweden some 36 km away!
It’s Scandinavia’s tallest building with its 190 m and Europes second tallest residential building.

This eclipse was a Partial Lunar Eclipse where part of the Moon passes through the Earth’s “true” shadow; the Umbra.