You Are Here: Home / Night Scapes / Frederiksborg Castle by night 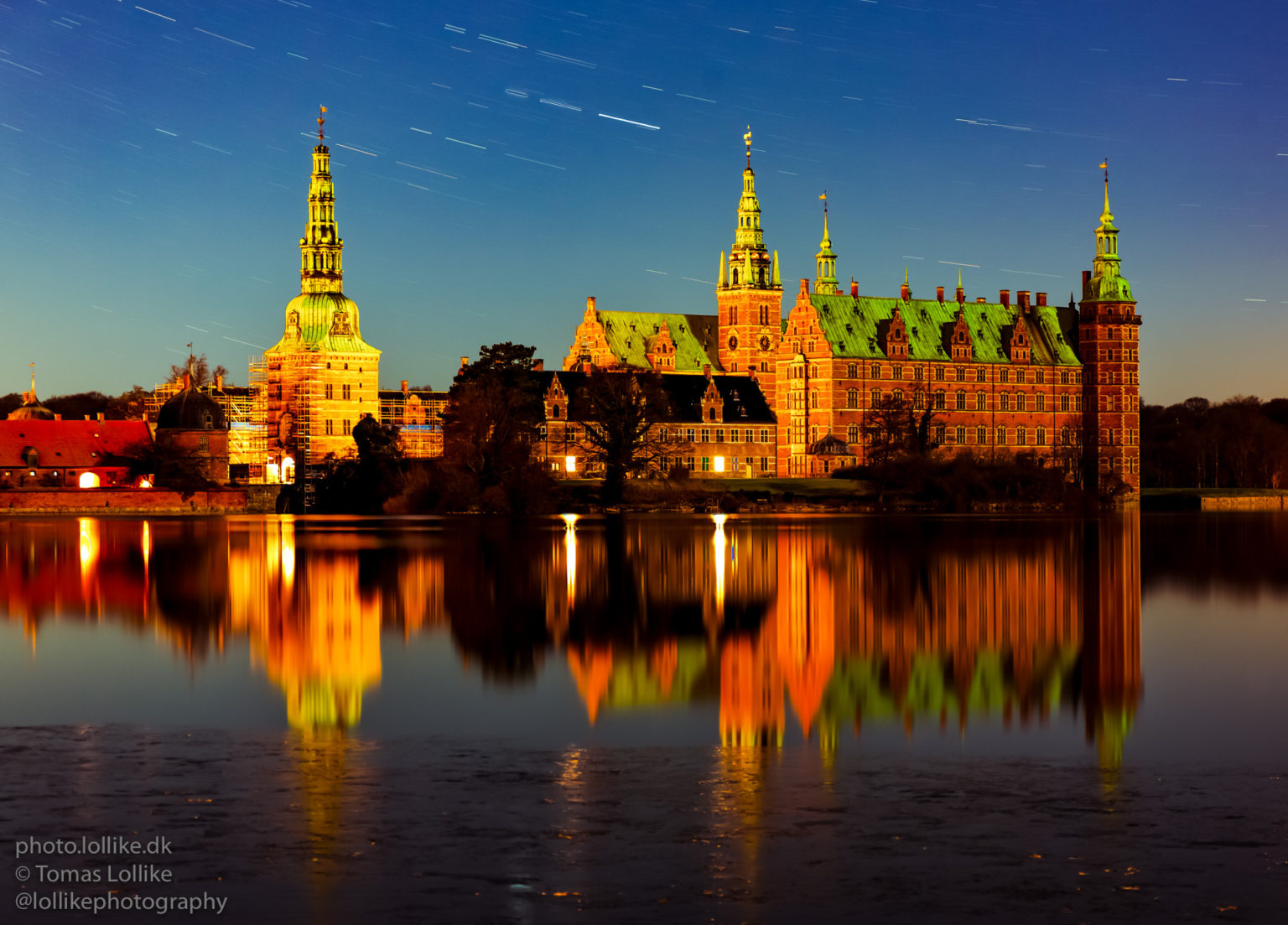 Frederiksborg Castle is a Danish royal castle in Hillerød.

In 1560 King Frederik 2 got his hands on the manor, which is first mentioned in 1275, and renamed it from Hillerødsholm to Frederiksborg (which literately means Frederik’s Castle).
In 1570-1580 he rebuild the manor into a Renaissance hunting lodge.
His son Christian 4 however, tore down most of the castle and build a new one already in 1600-1625 – this time in Dutch Renaissance style.

Unfortunately the castle burnt down to the ground in 1859 but was slowly rebuild via an nationwide public collection and particularly due to a donation in 1877 by brew master Jacobsen (founder of Carlsberg). Jacobsen donated the decisive sum on the condition that the castle in the future should be a public museum open to the people!

The original owners of the first castle/manor (Hillerødsholm), Herluf Trolle and Birgitte Gøye, traded their property with king Frederik 2 against the in 1135 established Saint Peter’s Convent (later called Skovkloster / Forest Monastery) and renamed it to Herlufsholm in 1560. He rebuilt it into a school for “nobles and other honest men’s children” in 1565 which opened the year after.
The school is to this day the largest and one of Denmark’s most prestigious boarding schools, and they have among the few upheld the tradition of a school uniform.