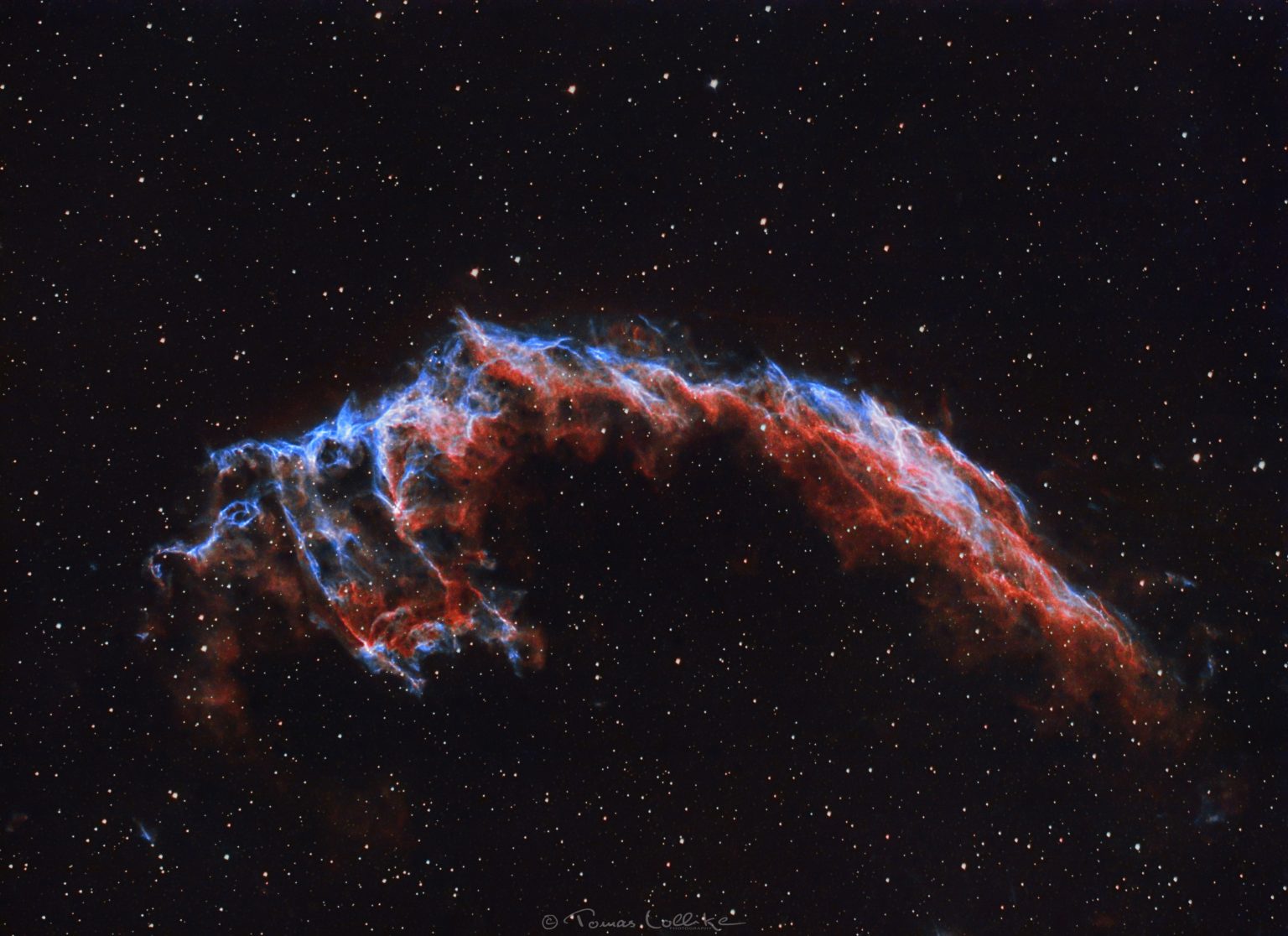 The Eastern Veil Nebula (a.k.a. Caldwell 33 or C 33) is a part of the bigger Cygnus Loop, which is a Super Nova remnant.

The original star was 20 times more massive than our Sun and ended its life in a Super Nova explosion sometime between 20-000 and 30.000 years ago.
With a distance of 2400 light-years from Earth, the Super Nova explosion would not only have been visible from Earth – it would have been brighter in the sky than Venus is, and it would have been visible during daytime!
Imagine those prehistoric people suddenly seeing a whole new – and very bright – star in the sky to only experience it to weather away after a few weeks or months…!!

Since then the Super Nova remnant has expanded in all directions and now it covers about 3 degrees of he sky – that’s 6-times the diameter of the Full Moon!
It still expands outwards – with a velocity of about 1.500.000 km/h – this was directly observed by comparing images taken by the Hubble Space Telescope in 1997 and in 2015.

The Cygnus Loop and thus the Eastern Veil Nebula was first discovered and described in 1784 by William Herschel.