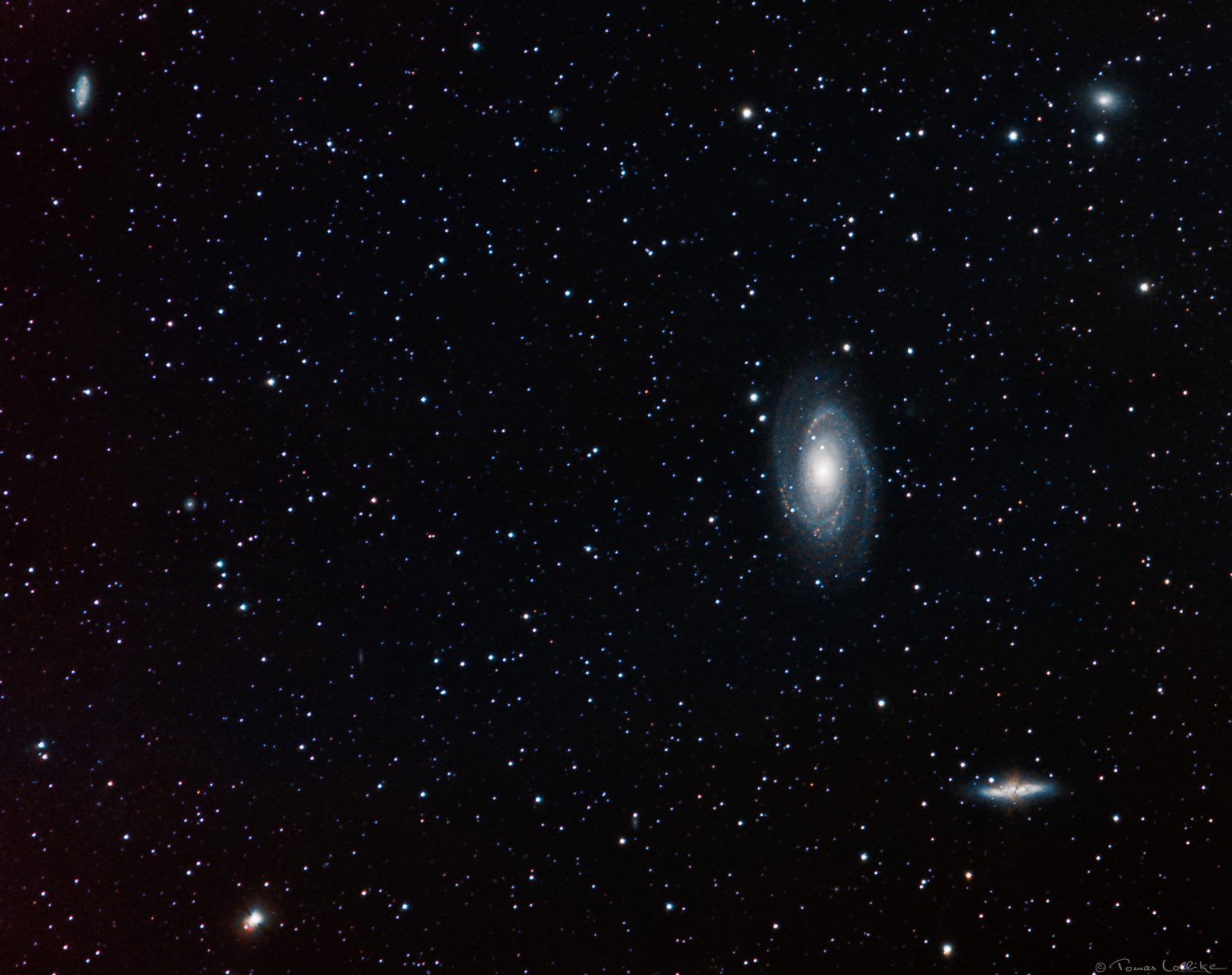 This photo was taken in April 2020 in Sweden with my astro modified DSLR camera from 2007 and a 600mm photo lens with a tracker mounted between the (normal) photo tripod and the camera!

The astro modification is essentially just a removal of the built-in UV/IR-filter glued onto the front of the sensor – this modification makes the camera more sensitive to the faint red Hydrogen-Alpha wavelengths of light (visible in both Bode’s and Cigar galaxies).
The tracker follows the night sky as it “turns” due to the rotation of Earth – without it the image would be some uninteresting stratrails (lines in the sky).

Distances to visible galaxies in this photo: