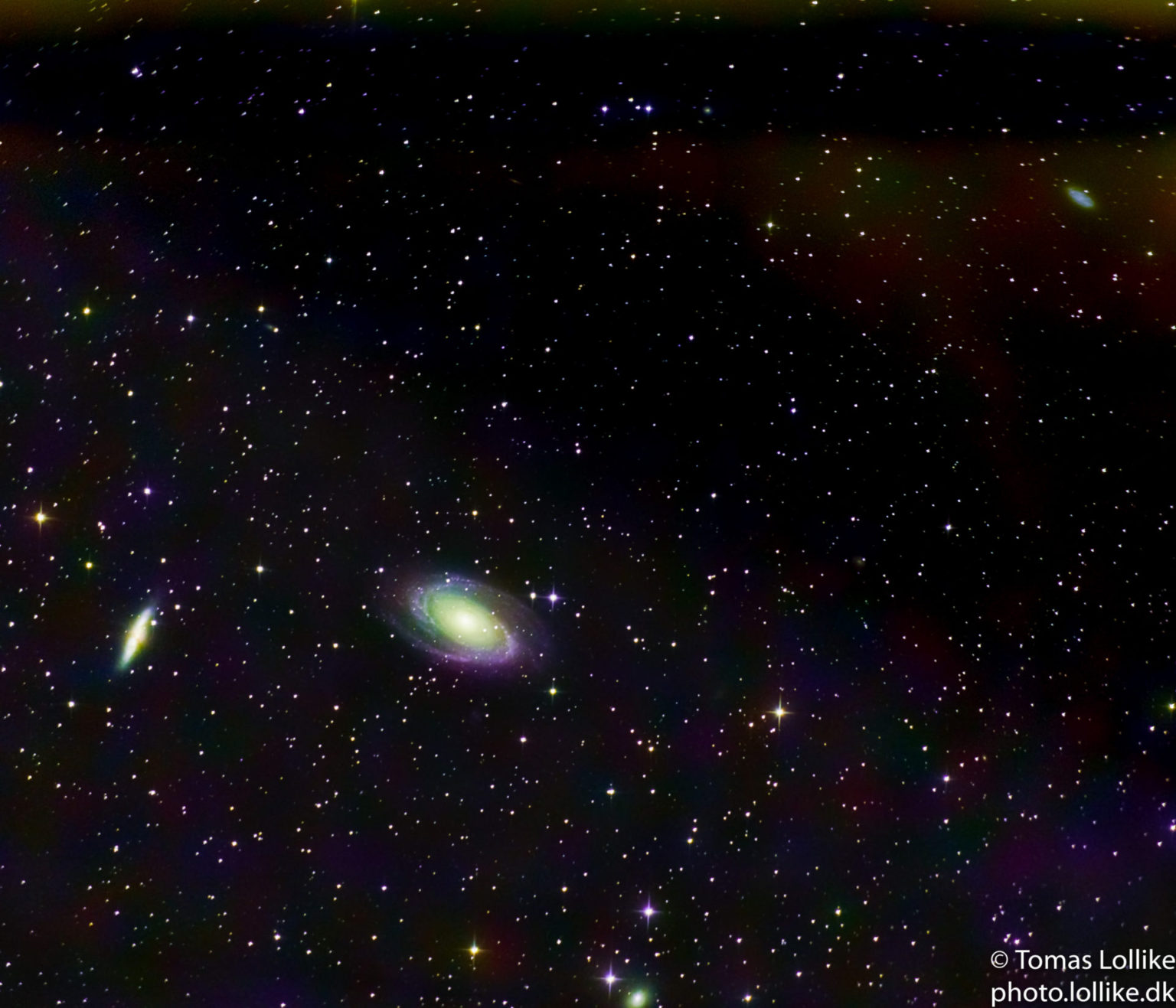 Bode’s Galaxy is about half the diameter of the Milky Way and Cigar Galaxy is about 5 times more luminous than the whole Milky Way and has a center 100 times more luminous than our galaxy’s center 😮
All 4 galaxies are members of the M81 Group which is the closest galaxy group to our own The Local Group and it’s together with our Local Group and some other groups a part of the Virgo Supercluster (a.k.a. The Local Supercluster) which is approximately 110 million light-years in diameter – and one in 10 million superclusters in the observable universe 😀

This photograph was taken at winter time from the garden in front of my apartment blok in Vedbæk, Denmark.
Vedbæk is unfortunately not an optimal place for shooting night sky photography due to the immense amount of light pollution.
The surrounding apartment blocks reflecting lights can be seen clearly in the top-right corner and was impossible to remove in the post processing process without loosing important details in the picture or making it look unnatural…

I hope to take an even better picture of this galaxy constellation in the future – hoping to get more of the beautifully illuminated red gas bursting out of Cigar Galaxy! 🙂