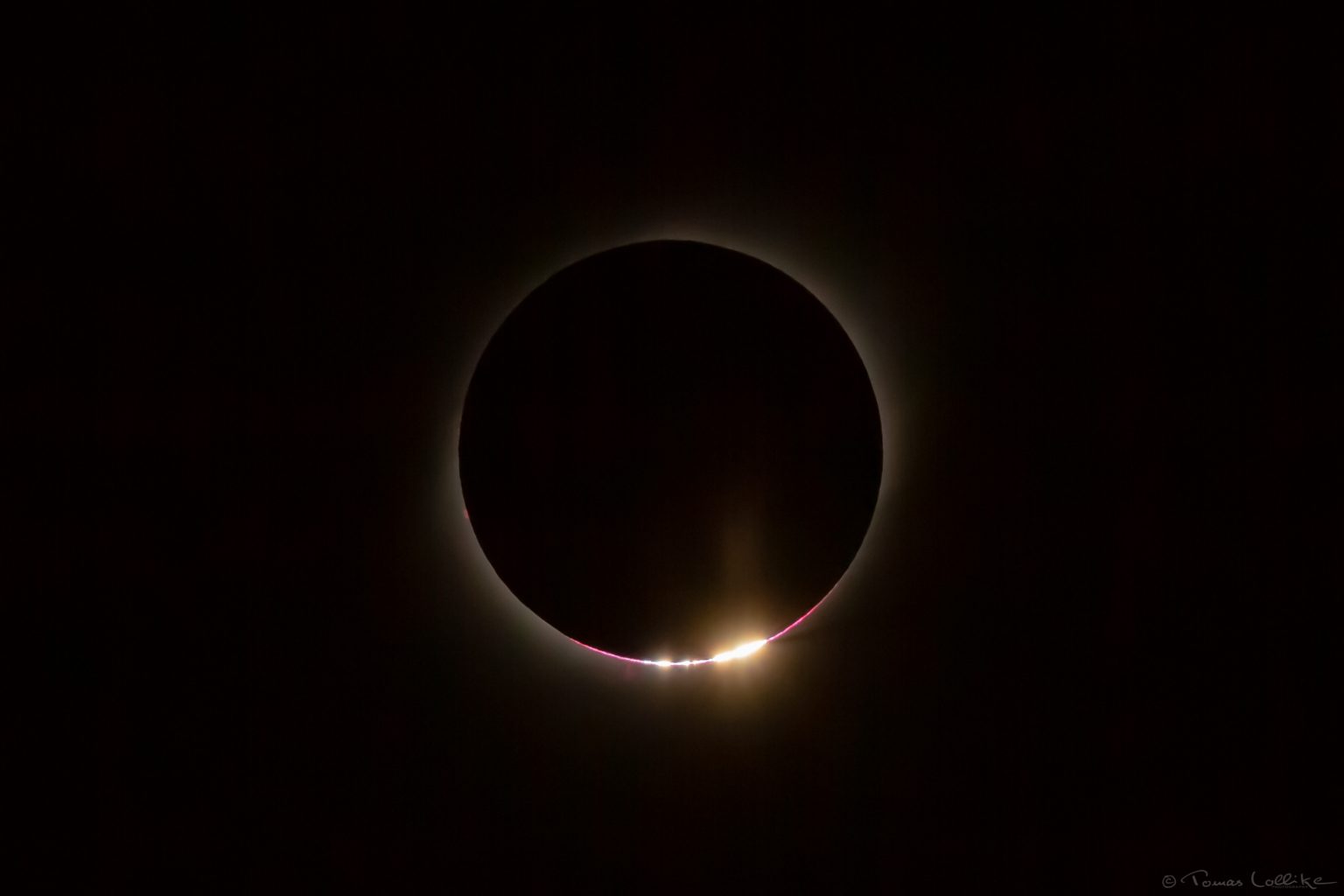 In the few seconds before (and after) a total solar eclipse the Baily’s Beads are seen!
The phenomena is the dotted sunshine at the bottom of the sun in the above photo.

The Baily’s Beads effects is actually the sun shining through the valleys of the Moon only interrupted by the mountains of the Moon, so this is only seen at a total solar eclipse at the very last second before totality and as the first we see of the sun after Totality of the Eclipse.

Baily’s Beads are named after the English astronomer Francis Baily who first described them in 1858. They look like beads that make up a pearl necklace.

The photo was taken of the 2019 Total Solar Eclipse in Chile from the European Southern Observatory (ESO) at La Silla Observatory in the Atacama Dessert.